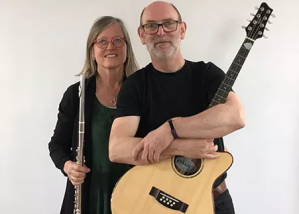 Fools Gold. Music and Stories on the theme of ‘Unsung Heroes’. 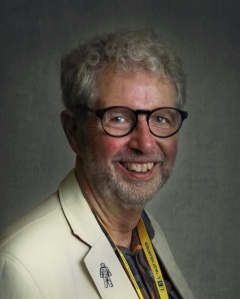 First Open Meeting after Lockdown by Zoom. Elizabeth Morton Actress and author married to actor Peter Davison gave a talk about her new novel ‘A last dance in Liverpool’.

Nigel Macknight gave a talk: Life as an author. “Holding Tight”. Author Nigel and a team of volunteers plan to regain the water speed record for Great Britain.

Philip Caine gave a talk “Barrow to Baghdad and Back”.

It sounded like a travelogue, but it was actually the story of Philip’s break-neck speed travels during his life, and how he ended up as an author, selling his books on his public speaking engagements. After 45 minutes of fascinating tales, the predicaments that he found himself in and his humorous telling of his life story, we were all quite exhausted just listening to it.

So, the ship-yards of Barrow didn’t quite appeal, and a career as a chef in the catering and hospitality industry began. Philip worked across the country in all the best hotels and became a hotel manager. He then went on to become a chef on a North Sea oil rig and worked for 17 years bobbing up and down on the North Sea. The oil and gas industry offered some interesting locations: in a desert in Algeria, a jungle in Nigeria and out on the frozen steppes in Kazakhstan. A chance meeting with a “manager” who turned out to be a KGB man led to an opportunity to invest in a large night club, but when the ripples from the collapse of Enron hit, the future looked bleak. But you can’t keep a hard-working adventurer down, and the opportunity came in Baghdad to accommodate US troops, and this experience went on for 7 years, dodging the bullets and bombs.

The international experiences led to becoming a writer of novels with the Middle East as a backdrop, and judging by the number of titles currently available, they are coming thick and fast! Having spent a lifetime travelling the world and working away, at least Philip is working back at home now, although his public speaking is taking him all over the country. 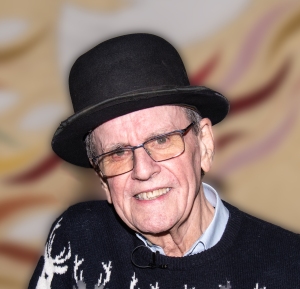 It might have been called “Masters of Mirth” but one of the mirth makers he talked about was in fact a “Mistress”. Mike explained how Music Halls grew up during the 19th century when singing was a popular activity in taverns, and rooms were set aside for singing and comedy. In the late 1800s there were 300 such Music Halls in London alone.

He then mentioned several Music Hall stars including Robb Wilton and Sir George Robey, who was knighted for services to comedy. Not many of us had heard of Marriott Edgar but we knew of humorous poems that he had written including “The Lion and Albert” which Mike recited for us. He also treated us to other monologues which showed his acting ability and was very convincing when he wore a bead necklace to recite poems by Pam Ayres, the one mistress of mirth!

Lots of us were more familiar with Stanley Holloway, Sir Bernard Miles and Gerard Hoffnung. Mike’s talk was a great light hearted way to start the New Year, and he performed his impersonations with aplomb, using hats to change his persona.